Treatment for Opioid Use Disorder or Pain Pill Problems 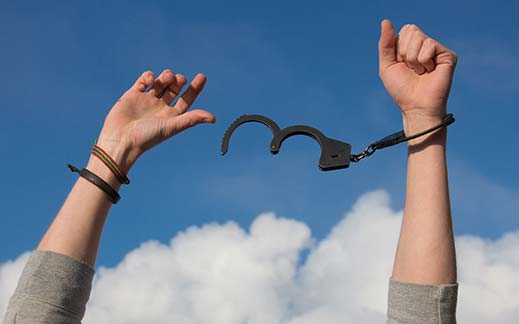 Opioid use is a common finding in the world today.

It can be as simple as someone stealing Grandma’s pain pills to use at a party to get high or as insidious as someone being treated for shoulder surgery that begins using the painkillers, not to treat the shoulder pain anymore, but to keep from feeling bad when stopping their use.

Opioids are painkillers that are derived from opium substance and have central nervous system depression effects, along with euphoria. Certainly, opioids have legitimate uses: acute injury, post-operative pain, and end of life severe pain are appropriate times to employ these drugs.

The term ‘opioid use disorder’ applies to opioid abuse or dependence.

Abuse occurs when a prescription is misused, when a legitimate prescription is diverted, or when street drugs, such as heroin, are used. Opioid use disorder led to 28,466 deaths in 2018 and 31,355 deaths in 2019 (death rates are higher when considering combination with other drugs).

It is estimated that 5.7 million people have used heroin at some time in their life. Aggravating this problem, many people take other drugs along with the opiates such as benzodiazepines (Xanax, Valium, Ativan, etc), which adds to the sedative effect and can cause someone to stop breathing.

Street heroin is often laced with substances such as fentanyl, which has a much more powerful effect than the original component alone and can lead to overdose and death.

Opioid misuse is more likely in the presence of a mental health disorder such as common depression or anxiety.

About two-thirds of current heroin users report that their first opioid use was through a prescription. Prior drug use history, younger age, and personal history of abuse or neglect are factors shown to increase risk.

People that suffer from opioid use disorder may appear acutely intoxicated, may be in a state of withdrawal, or may show no outward signs at all. An impairment in social functioning may be present, depending on severity of the situation. Many may maintain a job and relationships, though severe cases may manifest as being destitute or lead to illegal behavior (shoplifting, burglary, prostitution).

Physical complications may include bowel changes, liver damage, increased infection, hypersensitivity to pain, and recurrent amnesia. Many sufferers may try to quit cold turkey. If this fails, they may become hopeless about the
situation. Withdrawal is tough. It usually starts about 12 hours after last use and may start with mild symptoms such as chills, depression, muscle aches, and fatigue. During this period, many people are bed-ridden. About day 3, the withdrawal is often at its worst. Insomnia, vomiting, constipation, and overall aches may be present. These may persist up to two weeks.

After that, Post-Acute Opioid Withdrawal (PAWS) comes into play. These symptoms are mostly psychological, and include depression, anxiety, and mood swings. Unfortunately, these can last months to years.

The goal of treatment is to prevent relapse (most common around day 3). We would like to see sufferers able to return to a good level of health, be able to hold down a job, and conduct themselves in healthy relationships with friends and loved ones.

Counseling is helpful when the counselor is experienced in opioid abuse. Also, medications exist that keep withdrawal from occurring, which would lead to backsliding. Methadone prescribing is one alternative: a long-acting opioid agonist that binds to the same receptors in the brain and body as the opioid. Methadone is typically dosed once a day. In addition to preventing relapse, a decrease in the spread of other diseases, such as HIV, has been shown with methadone treatment.

Certain health risks may be encountered with methadone, so it is recommended that candidates discuss this treatment with a knowledgeable professional. Another alternative is buprenorphine/naloxone as a combination, such as the drug Suboxone. Oral forms are placed in between the cheek and gum and are easy to use once a day. Suboxone prevents most of the symptoms of withdrawal, and the naloxone component prevents users from getting high off of the previously used opiate.

Reduction in disease spread and death rates have been shown with proper treatment. These medications should be prescribed by an experienced provider, because they do have risks, and a good knowledge of the way they work is necessary for successful treatment. For appropriate patients, a slow taper is more effective than a sudden one in order to prevent relapse. OUD is prevalent and vicious.

Medications such as Suboxone do offer a way for sufferers to find a way to hold down a job, have a family, and lead a more normal life.