The Prostate: Do You Have Cancer? 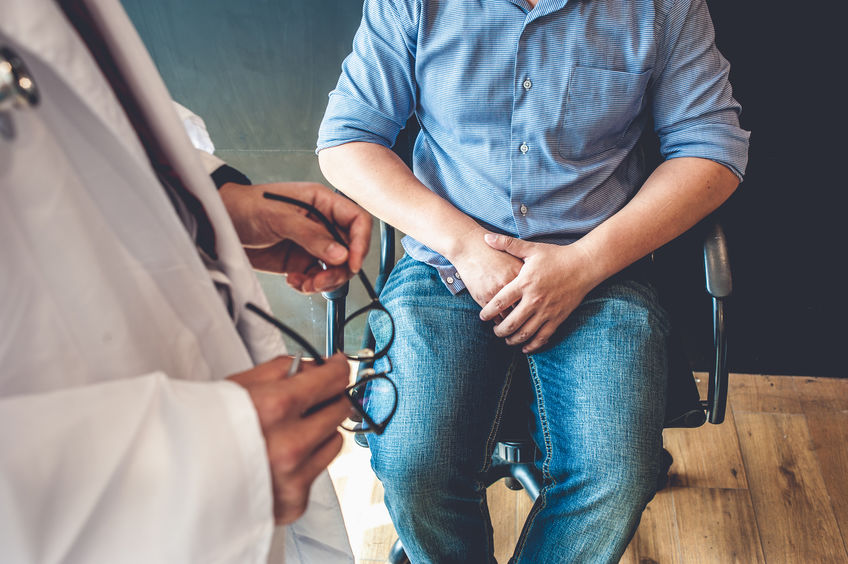 Worrying about how the prostate is doing does not always sit at the head of the table compared to other health worries that men have.

Many men, as they get older, have other health worries that are more visible in their education and familiarity. However, it is very common for men to have symptoms of some kind of prostate disease, and actual prostate cancer could be a culprit.

Prostate symptoms tend to worsen with age. They can include: difficulty starting urine stream; decreased strength of stream; dripping or dribbling after urination is complete; partial incontinence; and the feeling that urination is again required very quickly after the last trip to the restroom.

Many men with these symptoms suffer from a condition called Benign Prostatic Hyperplasia, or BPH. This is a condition in which the prostate, which sits directly below the bladder, enlarges. This causes a partial obstruction in the part of the urethra (or pee hole) is slightly narrowed, which makes urinating more difficult. It also makes it easier for the bladder to maintain complete emptying, meaning that even after urinating, the bladder may not be completely empty. This causes a man to have to use the restroom again very soon, as the bladder has filled again sooner than expected. A good number of men write this off as just ‘getting old,’ which certainly is a risk factor. However, a more ominous situation may be at play.

Prostate cancer can mimic these exact symptoms, which makes it difficult for a man to tell if he has one condition or the other. Surprisingly, prostate cancer is the second most common cancer in men worldwide. Every year, 1.2 million cases are discovered, with 358,000 deaths occurring over the same time. The overall risk for men in the United States is 1 in 6. The number of cases discovered yearly seems to have increased in recent years: some researchers chalk this up to better screening which unearths more cases that would otherwise go unnoticed.

Screening involves a blood test, called Prostate Specific Antigen (or PSA), and may be accompanied by a Digital Rectal Exam (the ‘finger wave’ as it is known). If the PSA blood test is elevated, your doctor will decide at what point the level is concerning. At that time, further screening is advised. It should be stressed that not everyone with an elevated PSA has cancer, and not everyone with a normal PSA does not.

Noticing an elevated PSA can lead to quicker diagnosis of prostate cancer. This can lead to early treatment: fewer symptoms (such as less incontinence and erectile dysfunction) and increased survival may result.

The downsides of frequent PSA testing include: Unnecessary worry over a false positive result Invasive, expensive and time consuming follow up procedures that may prove unnecessary The discovery of a slow growing cancer that does not require treatment that can lead to worry Surgery, radiation and other treatment that are not necessary.

When a slow growing cancer is discovered, many men are advised to simply leave it alone; for instance, a man with advanced age that will not be done in by his cancer would be advised to avoid the possible complications of further treatment. For those that do have surgery, lifelong complications may result, such as incontinence and erectile dysfunction. Consideration of these issues may be putting the cart before the horse. Get in and get scheduled if you meet the criteria for screening listed above. Worrying about how to handle it can come later.

If you have any questions, feel free to contact our office. Thanks for reading.